We’re passionate about getting hyperfast broadband to rural communities. But somebody who undoubtedly matches us on that front is Anthony Jones, a local Gigaloch Fibre Champion in Cheshire. Anthony has gone the whole nine yards to bring fibre to his area, and without his drive and dedication, we wouldn’t be preparing to connect our first homes in Cheshire.

Read on to find out why he cares so much about fibre internet, how we became acquainted, and what he wants Gigaloch to achieve for Ashton Hayes, Mouldsworth and Manley.

Hey Anthony! So tell us, what does being a Fibre Champion mean, and why did you become one?

I became one through pure frustration! To roll back 15 years, when I moved from Wales into England, my partner and I moved to a rural setting, and the broadband was dial up. We noticed other people getting bigger, better and faster connections, but not us.

About 8 years ago we had a major outage on the copper line. It affected a few others, but we’re at the end of the line so we were the worst affected. This happened just before Christmas. When my son came home from University with a bunch of work he needed to do — he just couldn’t.

We were without internet, and it took Openreach three and a half months to fix it. That drove me to speaking to the local MP to try to raise awareness. I was told there and then that it wasn’t ‘cost effective’ for them to do anything about it.

That happened 7 years ago, since then it’s happened once or twice a year. So I looked for an alternative solution. I found one that worked for a few years and tried to get it rolled out into the local community. People were hesitant and there was no community support, so unfortunately the plug was pulled. It was quite a disappointment.

Fast forward a bit more; just before Christmas last year I got a message from the local councilman who knew Paul Walker. They asked if I’d be willing to meet in the local pub for a socially distanced drink and a chat about Gigaloch.

I met with Paul and we hit it off. Some of the stuff they were telling me they could do… I wasn’t sure it was possible, but I always try to give people the benefit of the doubt. I’d spoken to Openreach not long after the meeting, and I wanted to do a fibre partnership with them. I was determined that one way or the other we were going to get something better.

We got the cost from Openreach to facilitate the fibre partnership, and it was £75,000! We couldn’t justify that! That fell through, and I decided to push it more with Gigaloch.

I’ve always been a ‘broadband champion’ in one form or another. It’s not a title I’ve given myself, companies usually give it to me. I am, put simply, determined to make something happen. I don’t believe what the government is doing now is enough. In their recent update, Cheshire was still quite far down on the list. I see many companies picking up the lantern now, who, like Gigaloch, are trying to fill that void.

We had a community base of interest anyway, so I told them about Gigaloch. I asked whether they wanted to run with it. The response was amazing and two or so weeks after that, I told Paul the names of the members who were ready to sign up. That’s how it all kicked off! 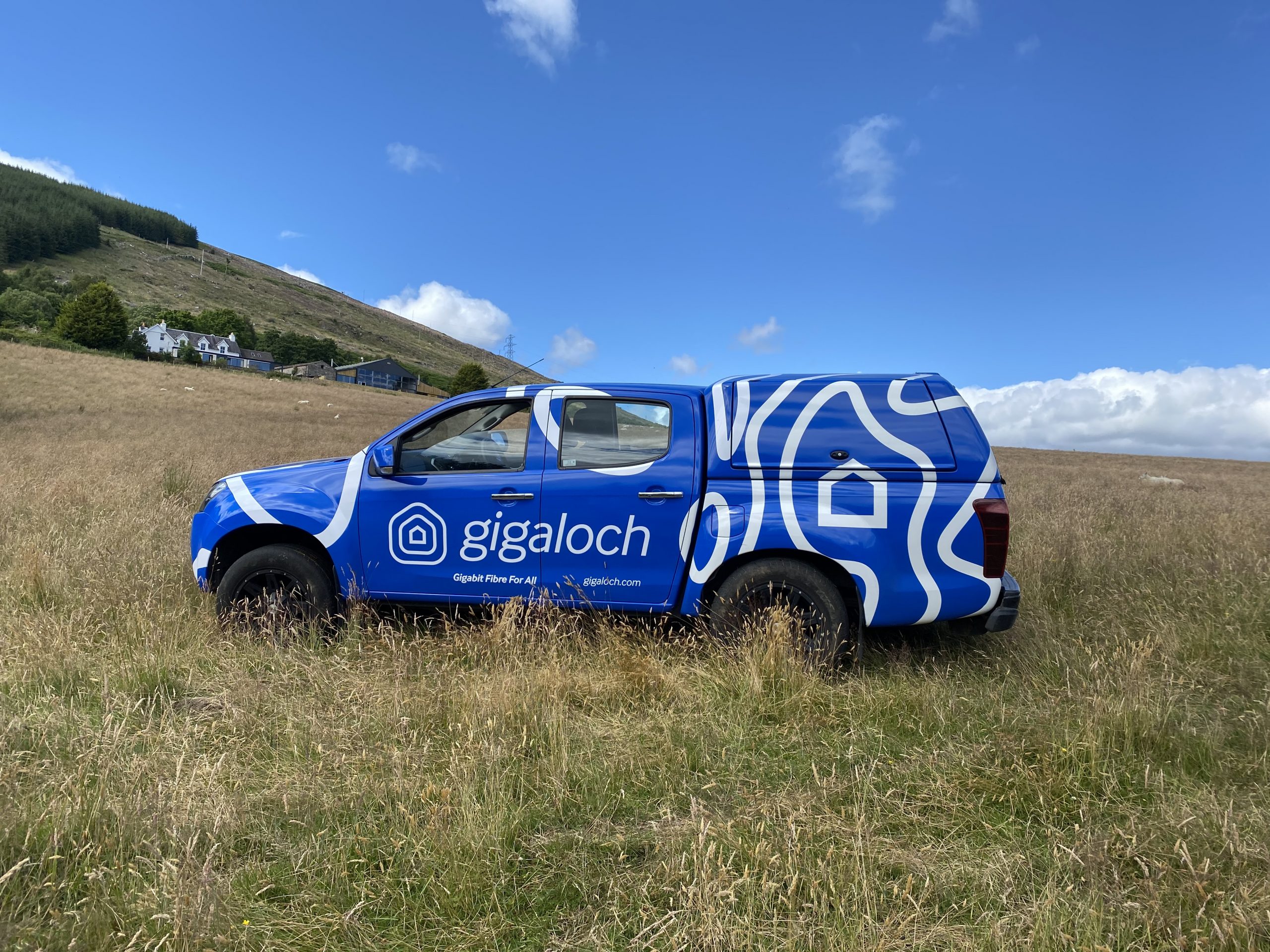 How have you built up interest through campaigning?

I have a lot of passion and drive towards this, I want it for myself and the community. I need the community to make it work. I set up a website and reached out to the parish council. They said they’d back me, which was a win!

It went into the local newsletters, and gradually snowballed from there. It went from a website to a Facebook page to a community group. I stuck it wherever I could that was locally based. That base of people then spoke to friends and family, and that’s how the numbers increased. 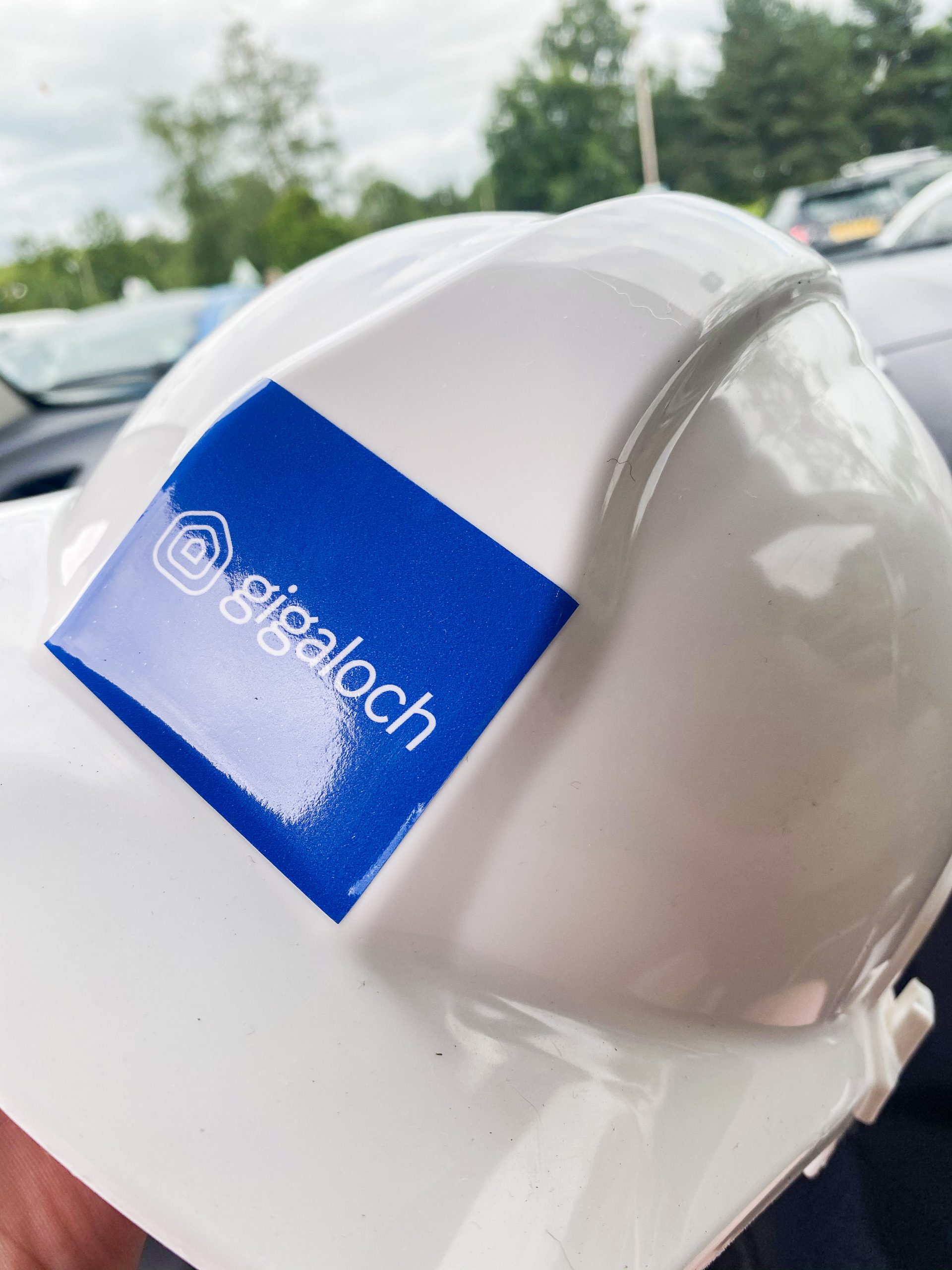 How important is the community’s support?

Any good salesman will tell you he cares, with Gigaloch, they’ve had to prove this very fast. When the storms and floods happened at the start of this year, it battered our community. Homes were flooded, and Gigaloch were quick to offer their support. They helped with labour and water pumps. I can’t exactly see Openreach doing that.

That shows you what company you have in the area. They’re keen to get involved with repairing the local scouts club, they put a big Christmas tree outside the village hall, and gave a snow blower to the resident Father Christmas that went around to the children. It’s the little things. They’ve put a screen in the local shop to advertise for the community, they want to get involved with the local football club too.

They’re trying actively to be part of the community. This is what people need to see, that they’re not just a flash in the pan. You get the sense, and I really believe this, that they genuinely care about the people in the areas they’re working in.

They take great care not to destroy the land when they put the cables in, when they did mine they were very careful! The same can be said for other residents, I’ve had emails thanking Gigaloch for not destroying land.

I believe Gigaloch is a company that cares about connecting people. At this moment in time, I have nothing negative to say! They’ve got further ahead in three months than any other company I’ve worked with. 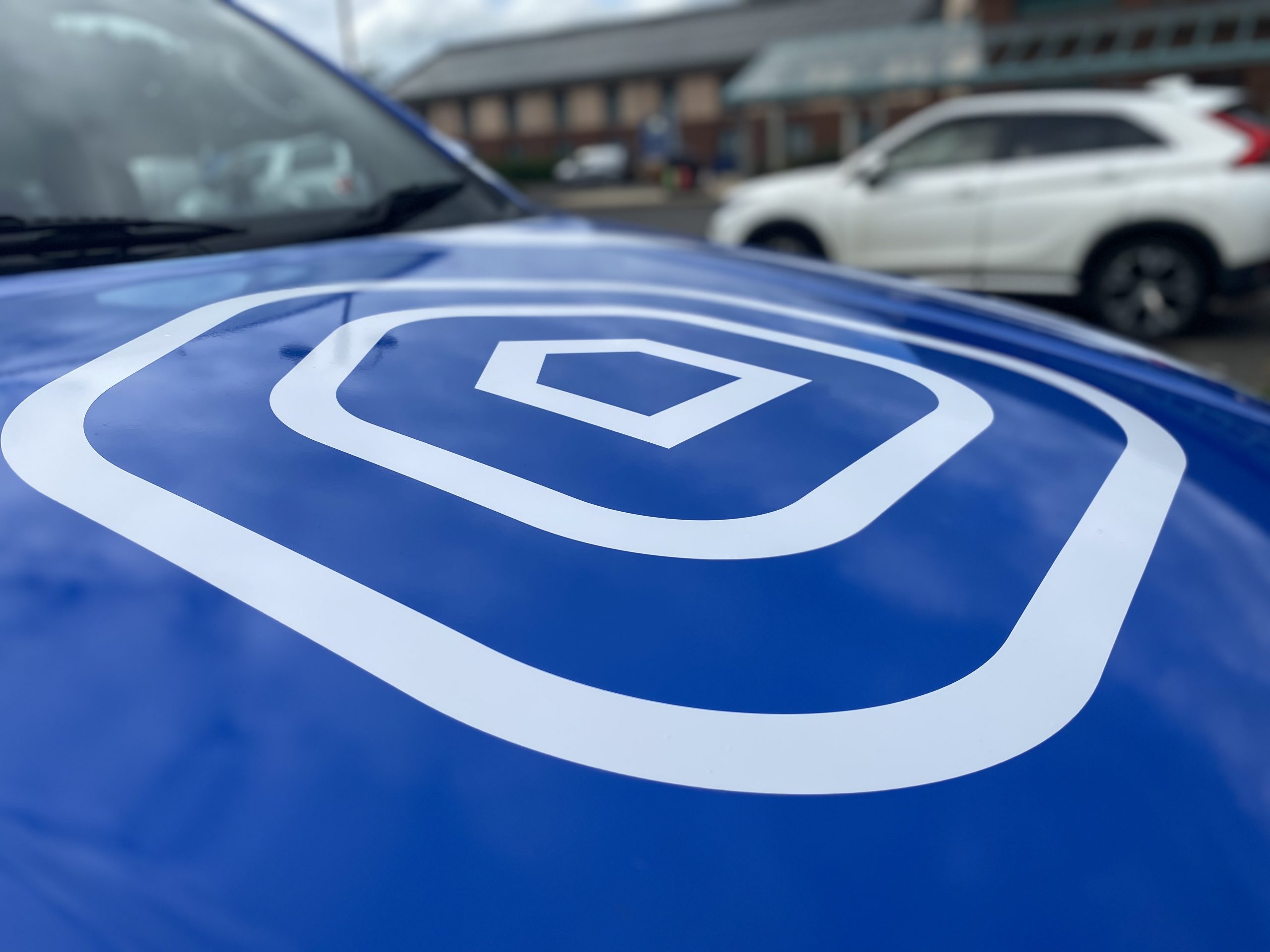 Do you think giving people regular updates via your website has helped make them less cautious to switch?

Yes, definitely. The blog has helped immensely, I try to make it a mission to update the community on the good and the bad. Even if it’s tidbits, it’s what I have. I’m fairly confident people appreciate that. There’s nothing worse than not knowing what’s going on.

I get on Paul’s back a bit! I don’t want it to lose momentum, I need the community to stay hyper vigilant to what we’re doing. The blog helps keep people updated. It’s been referenced on ISP Review too.

Having the initial build in my property, that was huge. The community saw that Gigaloch were actually doing something. That made a difference. I like to keep them all updated, if I’ve got nothing from Gigaloch, I’ll speak about government related stuff. I’d want to know what’s going on, I want to give them that information.

Where do you see rural communities and Gigaloch in the future?

I’d like to see them on par with urban areas.

What the government has said they’ll do is great. But the larger companies behind it will manipulate it to their interests.

I think rural areas will still lose out, but I hope and pray companies like Gigaloch will fill that void. It’s already begun, and I hope it continues, but it’s a huge task! Something has to change, and you have to have somebody out there, like me, banging that drum.

I’d like to thank Paul for putting up with me, and for giving our community a chance. Even up to now, we’re miles ahead of where we’ve been. I think there’s going to be a lovely relationship with Gigaloch into the future.

Anthony runs his own website that’s jam-packed with fibre updates for the local community in Cheshire. Take a look here to stay in the loop.